Scotland in Macbeth’s time comprised five different peoples distinguished by their culture and language. The Picts and the Britons were indigenous, to be joined over time by Vikings from the north and west, Angles from the south and Scots, a Celtic people, from Ireland.

By the beginning of the 11th century it was the Scots with their Gaelic culture and language who were in the ascendancy. Indeed some have described Macbeth as the last of the Celtic Kings. After his death and that of his stepson and successor Lulach, Celtic culture and influence in Alba – or Scotland as it was to become – was on the wane.

A Time of Heroes

The world of Macbeth was a profoundly Celtic one, a culture and society that united Ireland and Alba. This Gaelic culture celebrated its heroes – rulers were war leaders whose prestige depended on their prowess and success – while at the same time requiring its heroes to look after the interests of the extended families that made up the tribe. 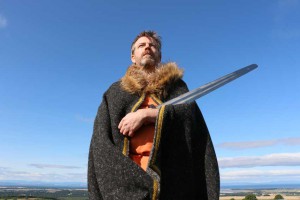 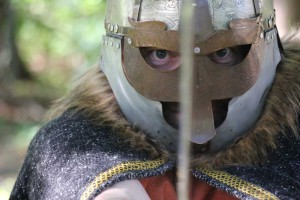 Kingship is earned, not a right

Kingship was not hereditary. In the Gaelic culture of the time the royal succession alternated between collateral lines, a practice known as tanistry. The designated king-in-waiting was drawn from a pool of candidates, ensuring that only the most vigorous became King.