King of Alba (Scotland) for 17 prosperous years, Macbeth was never Thane of Glamis, nor of Cawdor. He owed his kingship to rightful claim, not witches prophecy. And as for Banquo, history records no such man in Macbeth’s lifetime. In this documentary, Cameron Taylor takes us on a journey through time to 11th Century Scotland where he explores the life and landscapes of the real Mac Bethad mac Findlaích, the inspiration for Shakespeare’s play ‘Macbeth’. 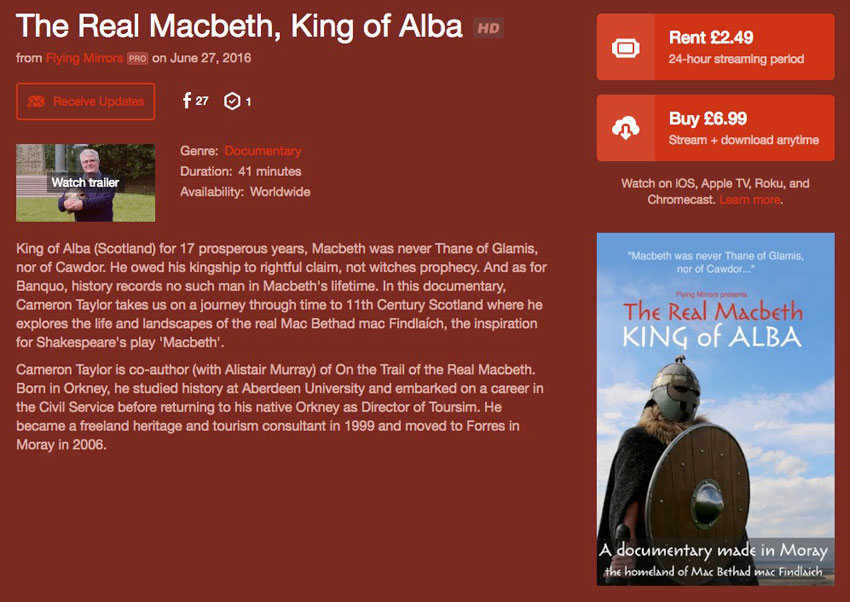 Cameron Taylor is co-author (with Alistair Murray) of On the Trail of the Real Macbeth. Born in Orkney, he studied history at Aberdeen University and embarked on a career in the Civil Service before returning to his native Orkney as Director of Toursim. He became a freeland heritage and tourism consultant in 1999 and moved to Forres in Moray in 2006.